OTHER TYPES OF DIVERSION

Police-Led Diversion includes two models, an older one known as Crisis Intervention Teams (CIT) and the more recent Law Enforcement Assisted Diversion (LEAD).  In CIT programs, specially trained police teams deal with individuals in mental health crisis and direct those individuals into treatment rather than jail.  Similarly, in LEAD programs, specially trained police officers identify persons who are drug involved and who may be better served by being diverted into drug treatment rather than being booked into jail.

The following chart illustrates the differences between these various forms of diversion in a simplified way.  In actuality, the borders between them blur due to the involvement of other criminal justice system partners in making the four important decisions listed above. 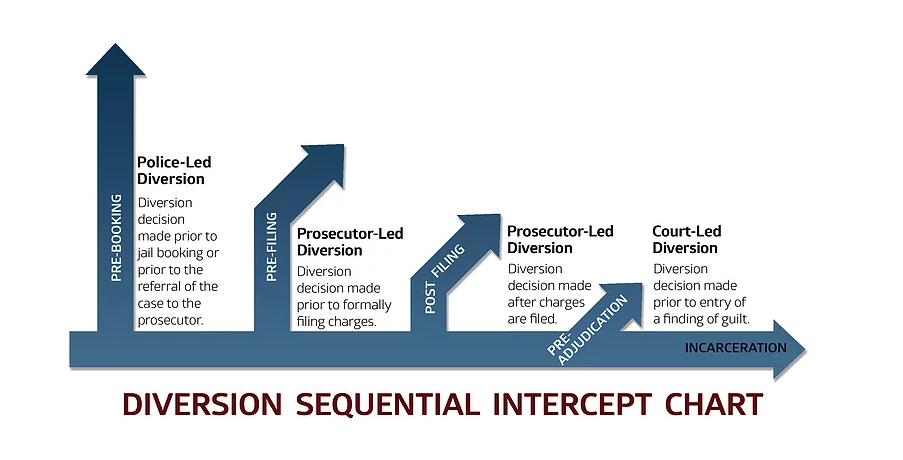